skip to main | skip to sidebar

"Ladi Dadi I like to party,But I dont got doe,so I cant pay anybody"

Are the Lyrics Doug E. Fresh is spitting now days......Hip-Hop icon Doug E. Fresh is reportedly being pursued by multiple banks aiming to collect over $3.5 million in debts for his New York City homes.
According to the New York Post, three of Doug E.'s Harlem home mortages are behind payment and he is facing around $60,000 in debt stemming from credit card charges by American Express.
He has also received a $367,000 tax lien in addition to over $40,000 currently owed to the New York tax collector. Reports show the performer recently had a foreclosure suit in Manhattan last August making that debt average around the $1.73 million range.
An official response to the debt claims has yet to be released.
Global Grind
BFS
SHOP LOCALLY..... 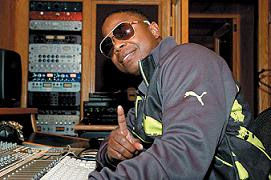 AVAILABLE AT THE BLACKFLAG SHOPPE......

Remember when Power Rule Used It?